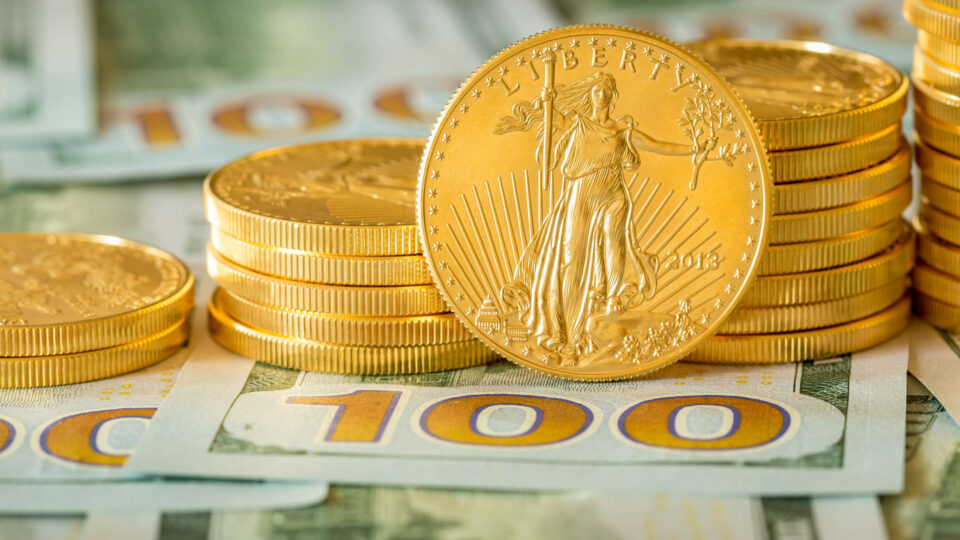 Gold has been stuck in a $40 trading range for over a month, building a base around the $1,800 level and looking toward higher highs.

The yellow metal cannot seem to hold onto its gains, but also refuses to incur major losses. Last week we saw a strange pattern where the price quickly shot up to $1,831, and then immediately dropped $20 in only a couple hours. Yesterday, the price dropped below $1,800 very briefly before jumping back to $1,805. Gains keep getting interrupted by steep selloffs, but the downward momentum is always short-lived.

Phases of the bull market

Let’s step back and look gold’s most recent bull market, which began in late 2015. Gold has cycled through three steps so far:

We won’t know exactly when the retracement phase has ended until we have the benefit of hindsight. However, the double bottom in March 2021 still looks like it might have marked the end of gold’s bearish trend.

If we really have reached the end of gold’s long-term correction, we would need to start seeing higher highs throughout this year and next. Gold would need to overtake the $1,920 mark, and preferably make the climb up to $1,965.

Each higher high helps confirm the hypothesis that gold has resumed the long-term bull market.

U.S. Dollar tries not to buckle

The Federal Reserve has started more serious discussions about interest rate hikes and tapering of asset purchases. Both would theoretically help the U.S. Dollar, which has been under extreme pressure since the beginning of the pandemic.

However, the Fed will not take these decisions lightly. Any changes to monetary policy pose a significant threat to the white-hot stock market, which thrives on cheap money and artificially low yields. Nevertheless, these measures might be necessary to tame inflation.

The U.S. Dollar has held up fairly well in 2021, although the Dollar Index has yet to put in any higher highs. As expected, most of the movement this year has been opposite of gold. 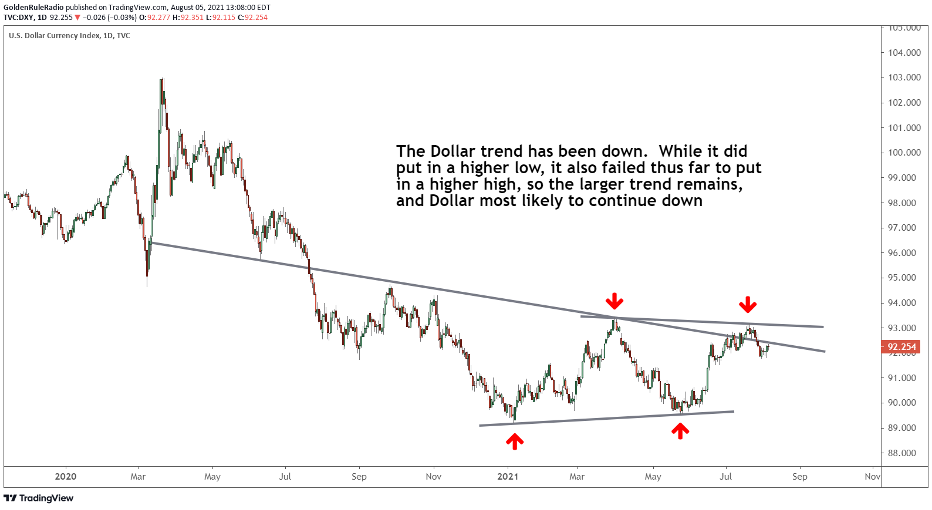 Last time this happened, gold responded very favorably. Debt ceiling discussions are bullish for gold because they are very bearish for the U.S. Dollar. If the federal government is unable to raise the debt ceiling in time, the Treasury will run out of cash and might be forced to default on its debt. This has never occurred before and would inflict irreversible harm to the U.S. economy.

So, while raising the debt ceiling isn’t great for the Dollar, the alternative is much worse. Either way, gold emerges the winner.