A beautiful bounce, but will gold continue? - Vaulted 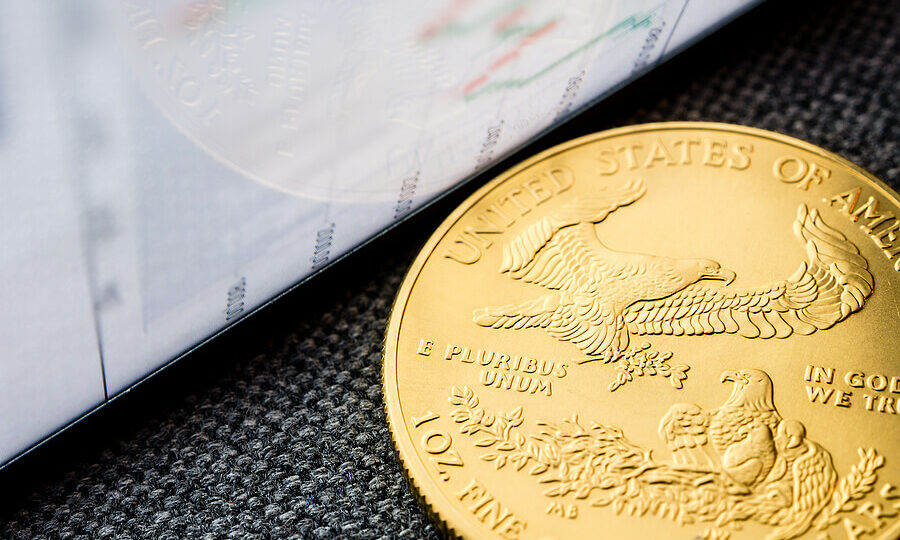 As the gold market approaches a period of seasonal strength, investors will be watching for a higher high.

Gold has been rallying since its flash crash earlier this month, but has not yet put in a higher high. Historically speaking, gold has performed extremely well during the month of September. Seasonal strength could pull gold out of the very sticky $1,800 price channel. 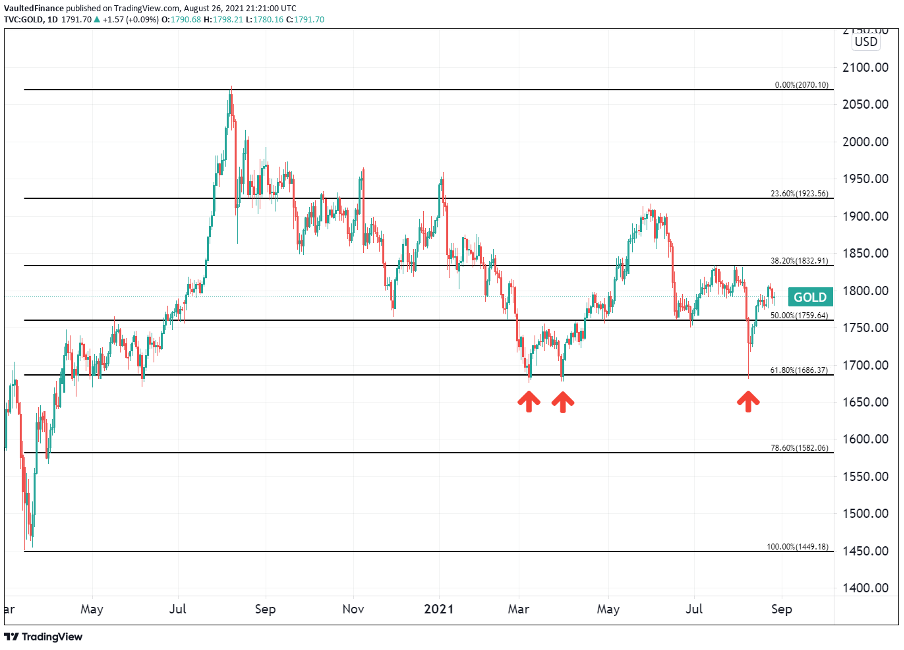 It was great to see gold’s higher low on this key support level, but we need to see a higher high in the coming weeks to confirm the upward trend. Ideally, gold would break through the 38.2% Fib line at $1,832.91, which provided a hard ceiling during the month of July.

Until we start seeing a consistent pattern of higher lows and higher highs, gold remains in a correction phase amidst a long-term bull market. 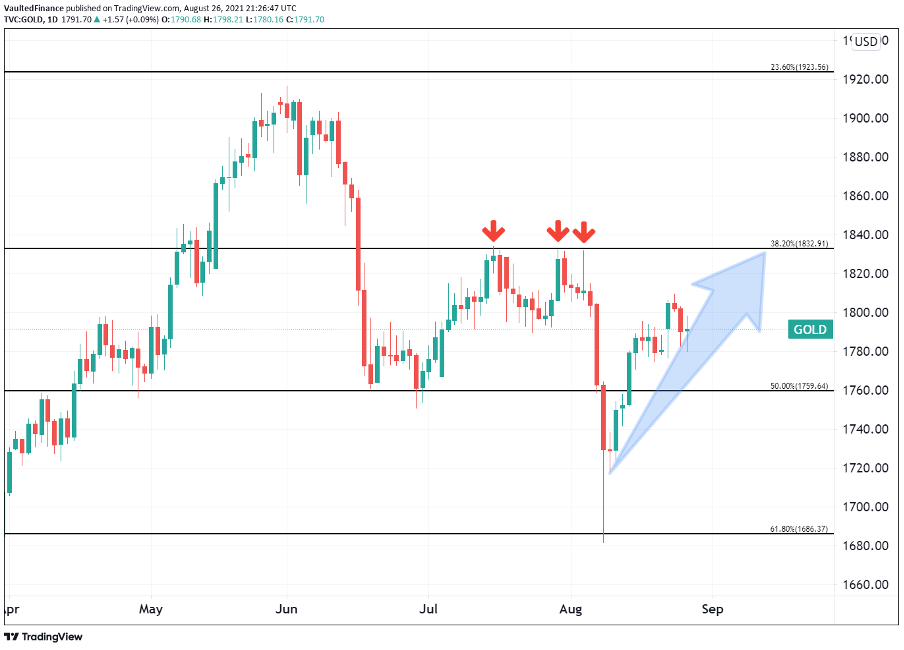 Is the U.S. Dollar losing its reserve currency status?

The U.S. Dollar continues to show strength this year, despite record deficits and ultra-loose monetary policy. Most experts agree that the Dollar’s long-term trajectory is down, partly because American politicians and citizens are quickly losing interest in the post-WWII Bretton Woods agreement that made the U.S. Dollar the world’s reserve currency. According to billionaire Jeffery Gundlach this week: “We are running our economy […] like we’re not interested in maintaining global reserve currency status.”

The Bretton Woods system secured the United States’ financial authority over the rest of the world. In exchange, the U.S. served as the world’s police force to facilitate free trade. As the U.S. has grown more self-sufficient, especially in terms of energy production, the nation has lost interest in protecting free trade across the globe. This unwinding of post-WWII globalization will have untold impact on every financial market.

The end of the Bretton Woods system means foreign nations will hold fewer U.S. dollars, weakening the currency against other currencies. For this reason, we can reasonably predict a negative long-term trend in the U.S. Dollar Index.

The U.S. Dollar puts in a higher high

That said, the U.S. Dollar has had a strong year so far. It is rather puzzling to see the Dollar index rise alongside record inflation and near-zero interest rates. If the index measured real purchasing power, it would be dropping off a cliff. But it doesn’t. The index is a weighted value of the Dollar against other fiat currencies, all of which are rapidly losing purchasing power. 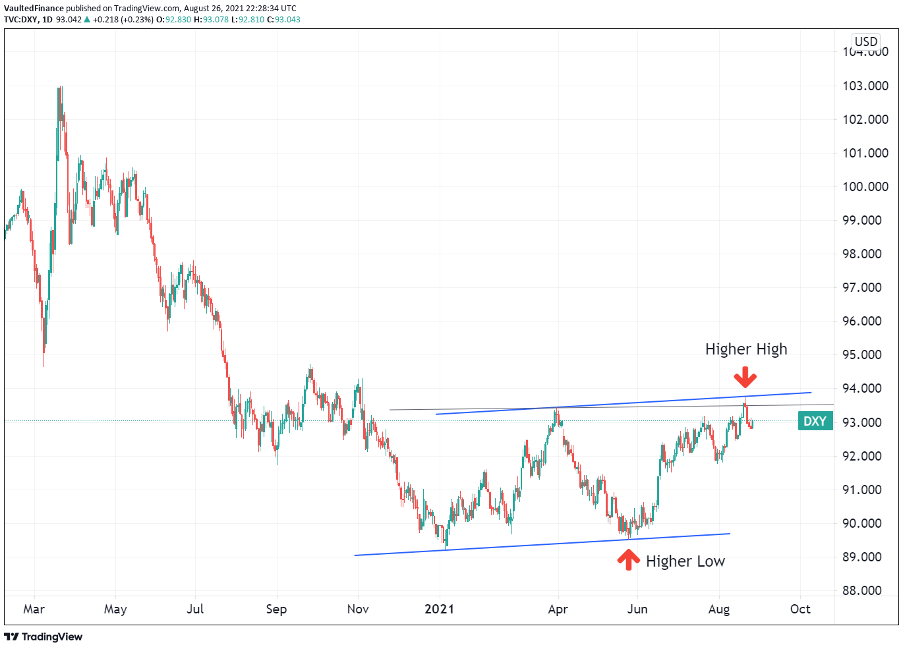 While we are optimistic about the gold price in the next couple months, the U.S. Dollar strength could hurt its performance. When the U.S. Dollar rises against other currencies, gold gets more expensive for foreign investors, therefore decreasing demand.

Just look at the strong negative correlation between gold and the U.S. Dollar Index over the last year. One rises, the other falls. 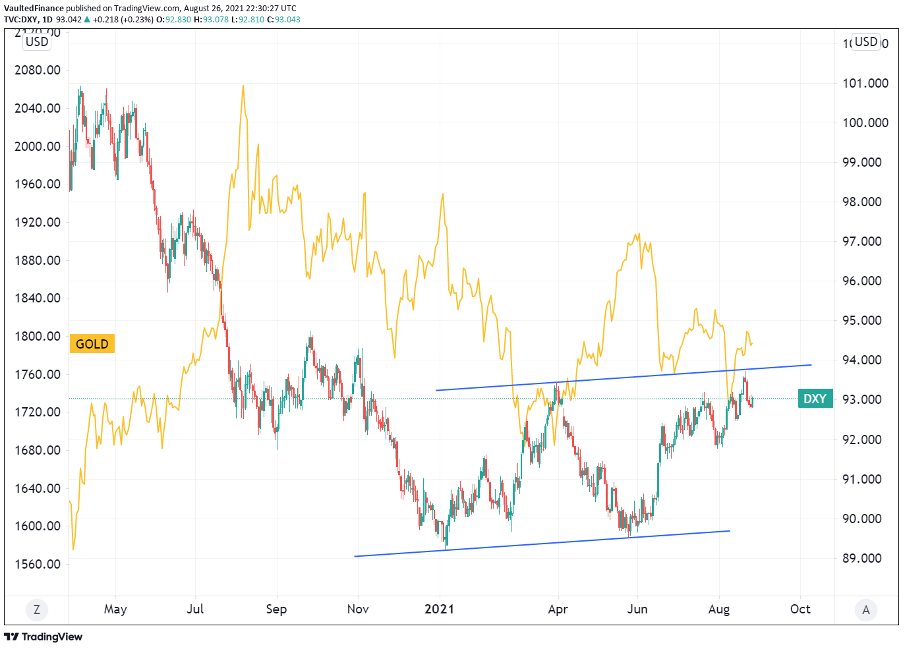 Throughout the rest of 2021, all eyes will be on the Fed. The U.S. central bank has some big decisions to make regarding tapering of asset purchases (right now the Fed is buying $120 billion of mortgage-backed securities every month) and eventually interest rate increases. Both these decisions would serve to reduce the monetary supply and slow inflation, but Fed officials are weary to make any sudden moves that could jolt the financial markets and economic recovery.

The U.S. Dollar puts in a higher high