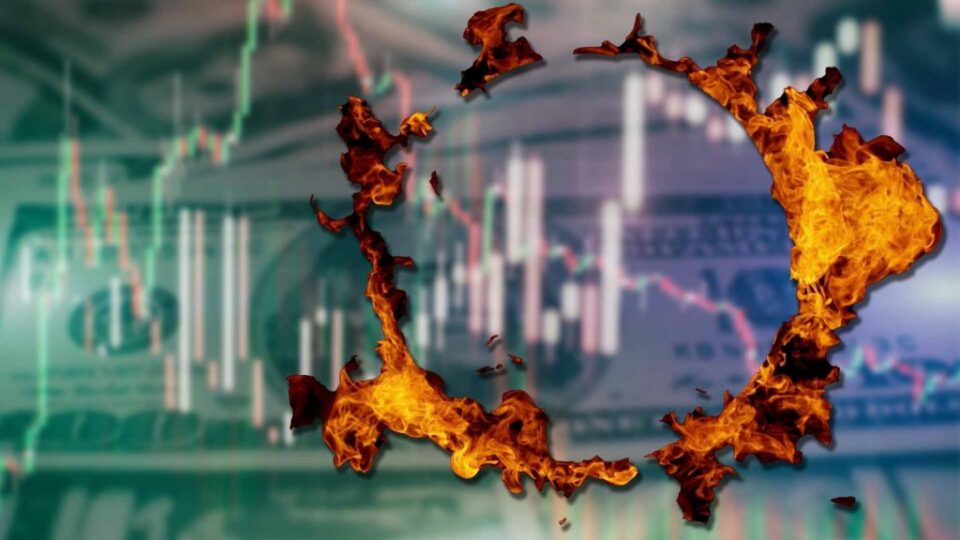 Russia changed the course of history this week with its invasion of Ukraine, crushing risk assets, spiking energy prices, and triggering a massive move into gold.

Today is a sobering day. Russia officially launched an attack on Ukraine, sparking a geopolitical conflict with drastic economic consequences. Yesterday, Russian missiles stuck more than a dozen Ukrainian cities, including Ukraine’s capital of Kyiv. Hundreds of Ukrainian soldiers have already been killed.

One cannot help but notice eerie similarities between the current conflict and the beginnings of the previous World Wars. Putin launched this attack under the guise of “demilitarizing” Eastern regions of Ukraine. Putin sent in troops to protect Russian loyalists, passing the attack off as a peacekeeping mission.

Prior to WWII, the Nazi regime used this tactic to justify their takeover of Czechoslovakia. Citizens and soldiers warm up to the idea of “peacekeeping troops” faster than “invaders.” Hitler comparisons are cliché, but applicable here.

Prices: The Language of Markets

Market participants communicate with each other through prices. Russia’s drastic impact on market prices reflects a new era in modern economics. For example, investors are rapidly shifting from risk assets such as stocks and cryptocurrencies to safe havens such as gold and bonds.

Gold only needs to climb another 7% before it notches a new all-time high, which would be an extremely bullish signal.

Risk assets are getting crushed. The markets were priced to perfection even before the Russia/Ukraine fiasco. Now the extreme valuations are looking less and less tenable.

The stock market and crypto markets have been highly correlated, though the latter is much more volatile. With inflationary and geopolitical risks on the rise, 2022 looks to be the beginning of a very painful period in risk asset performance – a complete switch from 2021.

Inflation and the End of Globalization

A global military conflict has very different repercussions today than during the previous world wars. In 1944, nations from around the globe met in Bretton Woods, New Hampshire to establish a new international monetary system. The Bretton Woods system made the U.S. dollar the global reserve currency, which facilitated global trade.

With interconnectivity came interdependence. Since the end of WWII, countries have become increasingly reliant on other nations’ exports with trade agreements stretching across the globe and oil pipelines traversing entire continents.

Russia now threatens the very fabric of globalization. As soon as a major player decides to abandon their commitment to global economic harmony, they threaten every link in the chain.

Russia is Europe’s largest supplier of coal, gas, and oil. Natural gas prices in Europe are already up 27% from one year ago, and now that number will just keep rising.

Hyperinflation in the energy sector leads to hyperinflation everywhere. Oil and electricity play a vital role in every industry. Russia has a stranglehold on the most important input in all industrial processes, which could have massive ripple effects across the world.

These ripple effects will come in the form of inflation. Again: markets communicate through prices. Putin knows how to send a message.

How Will the Fed React?

We have been analyzing the Federal Reserve’s perilous position for more than a year now. The U.S. central bank is stuck between a rock and a hard place, with the threat of inflation rising on one side and deflation rearing its ugly head on the other.

Russia just made the situation much, much worse.

The Fed must make the decision to either tame inflation and crash the stock market, or let inflation run rampant while continuing to support stock prices. Jerome Powell, the Federal Reserve Chair, has very limited tools at his disposal. If he raises the Fed Funds rate too fast, he risks exacerbating the stock market’s nosedive.

But, he can hardly continue the Fed’s money printing as Eurozone inflation starts seeping into the American economy. This is starting to look like the beginning of a global economic reset. We are watching history being written – which is not always a good thing.

As always, thank you so much for reading. We usually say happy investing, but unfortunately today’s investment decisions are something else entirely. Please give your Vaulted advisor a call if you have any questions.