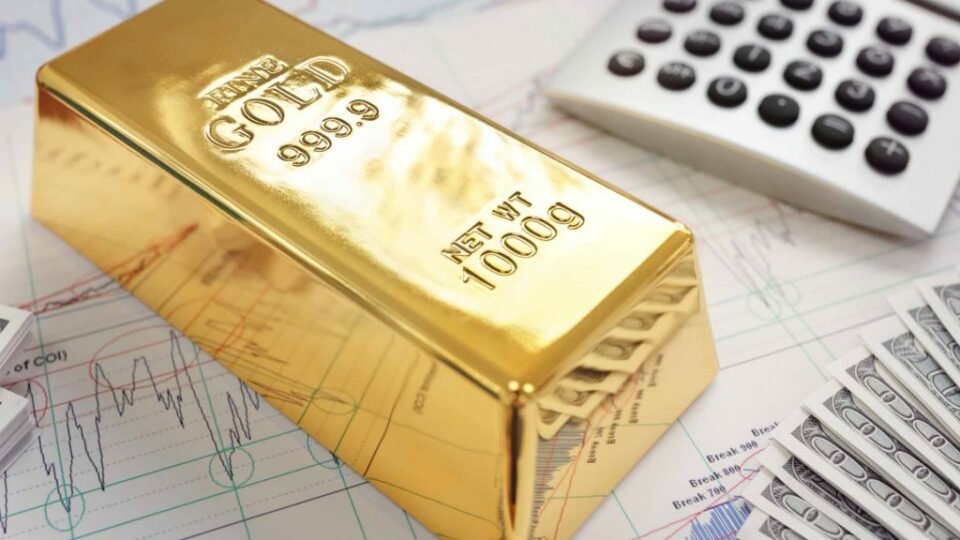 Macroeconomic and geopolitical risks are stimulating interest in gold, but the mass money transfer is only just beginning.

Earlier this week, gold finally broke out of its consolidating wedge pattern. Accelerating inflation helped buoy the price, along with dangerous geopolitical situation in eastern Europe. We will take a look at how these risks may compound on each other.

After nearly six months of higher lows, gold succeeded in reaching a higher high, confirming the bullish trend. We would like to see the price hold above $1,877/oz, which is where the price peaked last November.

Over the last few weeks, the American and was slapped with two shocking statistics: CPI at 7.5% and PPI at 9.7%. Both shattered expectations.

The Consumer Price Index (CPI) measures price changes in consumer goods, while the Producer Price Index (PPI) measures price changes in wholesale goods and raw materials. PPI tracks prices of materials that companies buy to produce consumer goods. Right now, PPI is higher than CPI, which means companies are not passing on all their raw material costs onto consumers.

Accelerating PPI means companies will need to pass on costs in the future, meaning consumer price inflation is likely to stay elevated for a while.

Adding to this systemic pattern is the geopolitical conflict in Eastern Europe. Russia has now stacked up 105 battalion groups, 500 combat aircraft, and 40 combat ships around Ukraine. Some evidence suggests Putin is backing off, but U.S. officials are nevertheless warning of massive shockwaves across the global economy.

Morgan Stanley reported that a Russian invasion could trigger a global recession. But why?

Russia produces a significant portion of the world’s oil, natural gas, and coal. The European Union relies on Russia for a fourth of its crude oil imports and a third of its natural gas, meaning Russia has heavy influence over Europe’s industrial production and energy capabilities.

If Putin cuts off the energy pipelines, energy prices in Europe could skyrocket. Capital Economics reported that a Ukraine invasion would increase inflation by 2% in developed economies.

As we know, the Fed is dangerously behind the curve on inflation. Last time the CPI was this high, the Fed Funds rate sat at 15%. Today it sits between 0 and 0.25%. Typically, you would expect the Fed to raise the cost of money (interest rates) alongside inflation to prevent overheating, but not this time.

A year ago, the Fed expected to raise the Fed Funds rate by .25% in 2024. Now, the market is expecting a .5% increase next month. Things are changing unbelievably fast.

Blast from the Past

Every day we inch closer toward the economic environment of the 1970’s. The chart below shows the performance of the S&P 500 during the 1968 through 1982 equities bear market. Low returns + high inflation = a lot of unhappy investors.

Now, look at gold’s performance during the same time period.

Over the long term, gold tends to underperform growth stocks. However, during times of high inflation, structural market risk, and monetary mismanagement, there is only one winner. We’ll see how long policymakers can deny the fact that they have created whole new 1970’s-style disaster.

Russia’s Energy Role in Europe: What’s at Stake With the Ukraine Crisis (Council on Foreign Relations)

The Fed Missed Inflation. Can Jay Powell Tame It Without Causing a Recession? (The Wall Street Journal)

Wholesale prices rise 1% in January, up near-record 9.7% over the past year (CNBC)

Ukraine-Russia crisis: What to know on hopes of averting war (AP News)