Raise Rates ‘Til Something Breaks! - Vaulted 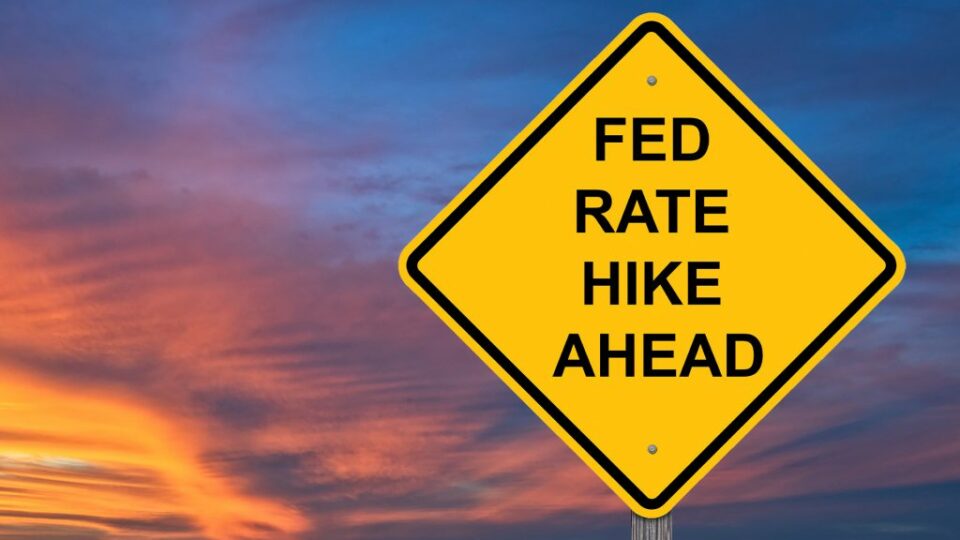 Rising interest rates reveal the consequences of exorbitant debt and leverage. When the free money disappears, what remains tends to flow into real assets.

Rising interest rates should not be harmful to a healthy economy. Interest rates are the price of money, which naturally rise when demand for money increases. Interest rate cycles are a natural, self-correcting mechanism that keeps credit and money supply in check.

So why are today’s rate hikes so dangerous?

For decades, central banks around the globe have pulled interest rates away from reality. Artificially low rates, exorbitant government debt, and decades of excessive money printing, intended to fuel endless economic growth, have inhibited the self-correcting mechanism of interest rates. We got the growth, now we must deal with the consequences.

Investors, banks, and pension funds end up tying so much capital into risky assets that the entire economy rests on them. If the economy hits a rough patch that risks bringing valuations back down to earth, the Fed has no choice but to inject the financial system with a fresh shot of free money (think: quantitative easing). During COVID-19, this dynamic reached a fever pitch.

We end up with a financial system that balances precariously on egregious amounts of debt. A large share of the free money ends up allocated to business ventures which are only economically viable when interest rates are artificially low. Economists call this the “malinvestment problem.”

Today, the economy looks like one big, fat malinvestment.

What happens when interest rates rise in this environment?

This week, the U.K. gave us a hint. On September 23rd, the U.K. announced a plan to cut taxes, which would have significantly added to government deficits. The value of their currency plummeted and British bond yields (interest rates) shot up.

As interest rates rose, the value of British bonds fell (yields and bond prices are inversely correlated). Banks and pension funds holding British bonds faced huge losses, especially if the assets were leveraged. Many pension funds faced margin calls, which forced them to sell assets. As they sold bonds, yields continued to rise, which forced more selling, and so on.

This is the same vicious cycle that occurred during many modern financial disasters, including the crash of 1987 and the Great Financial Crisis.

Raise Rates ‘Til it Breaks

Can the Fed afford to keep raising rates?

Perhaps not, but they also cannot afford to stop raising rates. Global inflation has put an end to the free money party. Unless inflationary pressures start to ease, central bankers will be forced to break something.

No Help from OPEC

Oil is not helping the cause. Oil prices dropped significantly this summer, but OPEC+, an intergovernmental organization of 23 oil-producing nations, recently agreed to slash oil output by 2 million barrels of oil per day. The decision will boost oil prices and help Russia fund the war with Ukraine.

The White House immediately rebuked the decision but has limited power to change it. Higher oil prices will add to global inflation pressures. The impact goes far beyond gas prices; nothing can be produced without energy.

What is an investor to do?

History demonstrates that the cycle of risk-taking, malinvestment, and inflation typically ends with a flight to real assets. When things start to fall apart, people suddenly realize that the massive price tags on financial assets (including stocks and bonds) are completely disconnected from reality.

The result? A flood of money into gold. Investors desire something tangible, safe, and free from leverage.

Few assets meet these requirements. If our hypothesis is correct, a certain yellow metal might just provide some reprieve from the incoming calamity.

U.S. National Debt Tops $31 Trillion for First Time – America’s borrowing binge has long been viewed as sustainable because of historically low interest rates. But as rates rise, the nation’s fiscal woes are getting worse. (The New York Times)