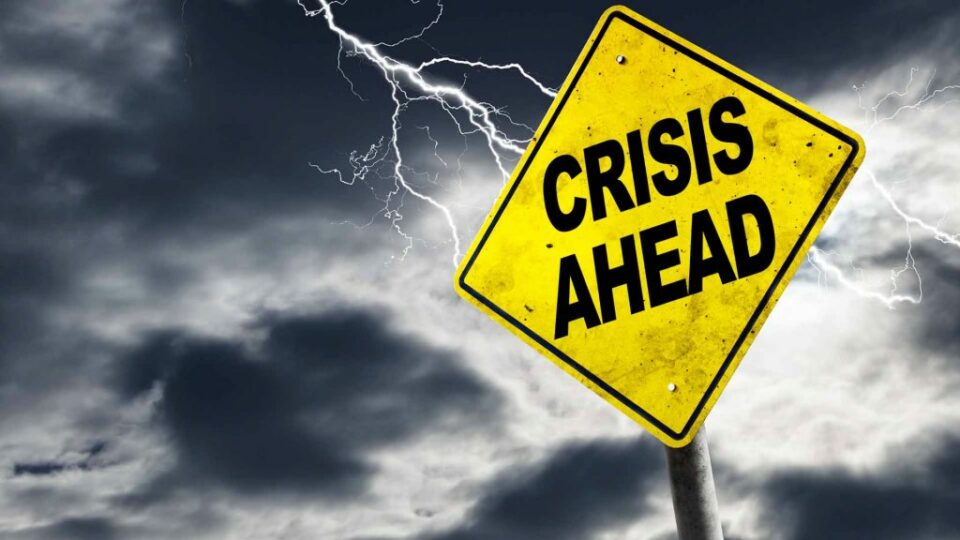 The yield curve just inverted, a signal that has accurately predicted 10 out of the last 10 recessions. As investors exit the bond market, where will they go?

Gold is consolidating between $1,900 and $1,950/oz. The price of gold and the price of oil have been followed similar paths the last few weeks, indicating that Ukraine news is serving as the primary driver for both commodities.

Geopolitical fears drove gold’s recent explosion, just like it drove rallies in most other commodities. In the short term, a de-escalation in Ukraine could cause some investors to unwind their safe haven positions in gold.

Technology stocks are going crazy right now, which reflects a “risk-on” shift in the market. Tesla has enjoyed a 44% rally since March 14th. Apple recently reached 7% of the total market capitalization of the S&P 500. No company has ever accounted for this much of the U.S. stock market.

If the geopolitical trade does unwind, we expect the gold price to revert to its previous bullish drivers: inflation, negative real yields, and fears of an economic downturn.

Bonds vs. Stocks: Pick Your Poison?

If investors really are turning back toward risky assets, what changed? Russian missiles are inflicting more damage than ever. Some reports suggest that Russia is removing troops from key areas, but the West should be careful not to make the same mistake it made a few weeks ago and assume Russian troop movement means “de-escalation.”

Perhaps the money is coming bond investors desperately trying to escape the ravaged bond market. Bonds are supposed to be a “buy and hold” asset – boring. Safe. But as the Fed unwinds accommodative monetary policy, it also unwinds the easy money dynamics that have dominated the bond market for the last 40 years.

For the last four decades, yes. But not when inflation starts to approach double digits. Bond investors just experienced the worst quarterly returns since 1990, and the future outlook looks even worse. No one wants to buy bonds right now, so they are desperately searching for an excuse to dump their money back into stocks.

Thanks, but no thanks. Here’s why:

You might have heard the term “yield curve” this week. This term refers to difference in yields between the 10-year treasury and the 2-year treasury.

Treasury securities are known as some of the safest investments on the market because you are betting on the solvency of the U.S. government. When the government sells bonds to investors, they pay an interest rate every year until the bond matures. At that point, the government must repay the entire loan amount back to the investor. A 30-year treasury has a maturity period of 30 years; a 10-year treasury of 10 years, and so on.

In a healthy economy, longer maturity bonds typically have higher yields. If the government gets to keep your money for 30 years, you are going to demand a higher rate of interest on that loan. When longer-term bonds have higher yields, investors think the economy will grow in the future.

Bond yields tell a very important story. If the 10-year yield drops below the 2-year yield, that means investors are accepting a lower rate of interest on a longer-term bond, which makes no sense! When the yield curve inverts, investors think the economy will hit a rough patch.

The chart below shows the yield curve over the last 40 years. The green boxes represent U.S. recessions. As you can see, an inverted yield curve predicted every single recession, even the COVID-19 recession in 2020. Sometimes the signal pre-dated the recession by several years, such as in 2005.

The curve between the 10-year and 2-year is not the only yield curve analysts track. The 30-year yield minus the 5-year yield also has a great track record of predicting recessions. The 30-year minus 5-year inverted this week as well.

These signals shouldn’t come as a surprise. The Federal Reserve has been open about their intentions of slowing the economy to fight inflation. Unfortunately, the bond market is telling us that “slowing” may include a recession.

What do you think – is it time to start looking at assets that perform well during recessions? Is gold a part of your strategy?

War in Ukraine: what explains the calm in global stock markets? (Financial Times)

Russia bombs Ukraine cities, despite pledge to pull back from Kyiv (Reuters)