When Will the Money Printers Turn Back On? - Vaulted 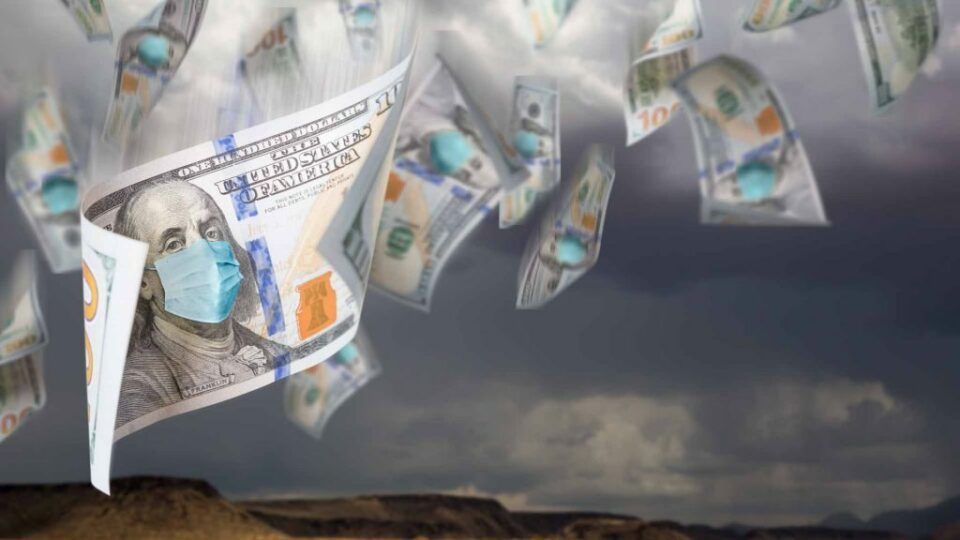 As the Fed grapples declining GDP and the growing threat of recession, will they let the economy crumble and defeat inflation, or juice the markets again?

Number two: the economy shrank for the second quarter in a row. After contracting by 1.6% in Q1, the economy contracted at an annualized rate of 0.9% in Q2, according to the Commerce Department. Recessions are generally marked by two quarters of declining GDP. This puts the U.S. on track for a recession, if we aren’t already in one. (When deciding whether the U.S. is in a recession, the National Bureau of Economic Research pays attention to contracting GDP, but they also look at other indicators, such as unemployment.)

These two phenomena should not be happing simultaneously. Typically, if the economy experiences two consecutive quarters of falling GDP, the Fed moves to juice the markets and get growth back on track. This time, they can’t.

Inflation has thrown a wrench in their plans. If the Fed turned the money printers back on now, they would only exacerbate inflation. CPI is approaching double-digits and crushing the average consumer. Right now, Jay Powell views inflation as a bigger threat than recession.

So, how did the markets respond to this news? You might think the stock market would crash, but the exact opposite happened.

The S&P rallied nearly 3% after the Fed’s rate hike and the news of declining GDP.

How is this possible?

It’s possible because the markets don’t think Powell can maintain his commitment to monetary tightening. Investors want more free money, and they believe the Fed will have no choice to give it to them.

Throughout his speech this week, Jay Powell reiterated his commitment to fighting inflation. However, the markets picked up on a different message. Underneath his decidedly hawkish tone, Powell flirted with the idea of dialing back the Fed’s aggressive monetary tightening, and even returning to monetary stimulus.

The markets are used to the Powell’s policy pivots. Before COVID-19, Powell was committed to raising interest rates and reducing the Fed’s balance sheet. During COVID-19, he shifted to the most accommodative monetary policy the U.S. has ever seen, pumping trillions into the economy to fight the COVID downturn. As we emerged from the pandemic and inflation started to accelerate, Powell turned hawkish once again. The market is now predicting yet another pivot.

The question is, will the Fed deliver the free money drug the market so desperately craves?

Our gut says yes. If the economy deteriorates too much, the Fed will have no choice but to juice the markets once again.

This brings us to the core investment thesis for gold. The past 13 years have been unlike anything the world has ever seen. The Fed, and nearly every other central bank around the world, has ushered in an era of epic monetary expansion.

The Fed propelled the economy out of the Great Financial Crisis with free money and has continued buoying the market ever since. This money has funneled into financial assets, pushing up prices of real estate, stocks, bonds, and other financial assets. Unprofitable companies began to ride the wave of free money. Economic viability became a relic of the past.

Doug Noland, portfolio manager and market strategist at McAlvany Wealth Management, refers to this as the “everything bubble.” Noland has spent his career analyzing financial bubbles, and says this one is no different than the bubbles in 1929, 2000, and 2008.

At some point, the Fed might not be able to save the financial assets they hold so dear. When the bubble finally pops, it might pop for good. Once the market rips a gaping hole in the side of this bubble, no amount of monetary stimulus will inflate it back to its epic proportions.

So where will the remaining money go? The most likely recipient will be real things. This may include precious metals, commodities, natural resources, and infrastructure. When the market shuns stocks and bonds, it turns to something real.

GDP fell 0.9% in the second quarter, the second straight decline and a strong recession signal (CNBC)

How the Fed Could Lose Its Nerve (The Wall Street Journal)

US economy sending mixed signals: Here’s what it all means (AP News)