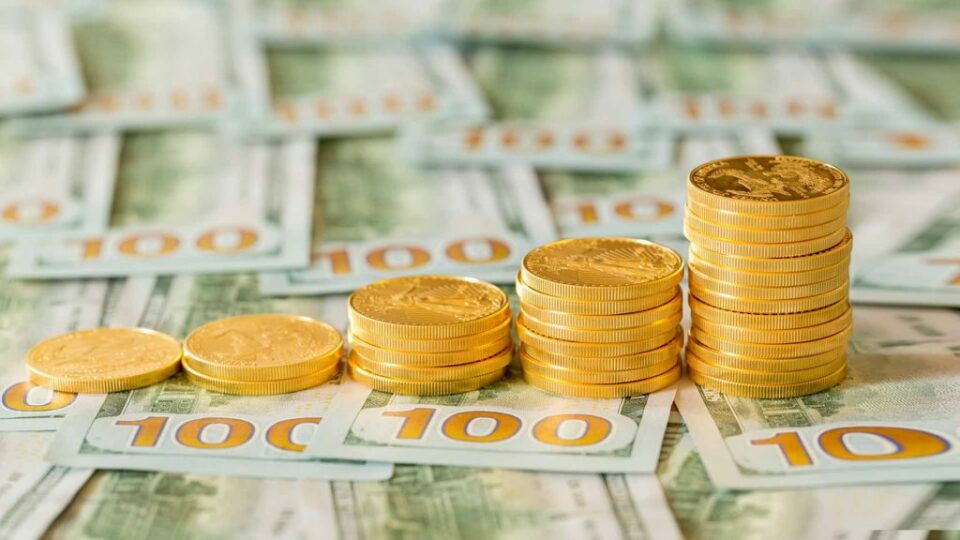 History is clear: when the money supply increases, the gold price follows. The more dollars are printed, the more can be stuffed into the earth’s limited gold reserves.

This quote comes from J.P. Morgan’s congressional testimony in 1912, when he stated, “Gold is money. Everything else is credit.” Back then, the U.S. dollar (and other major currencies) were pegged to gold at a fixed exchange rate. Central banks had to hold enough gold in their vaults to back their currency, which placed a strict limit on money printing.

In 1971, President Nixon ended the gold standard. Today, all major currencies are “fiat money” which means they are backed only by a government promise or government debt. For that reason, J.P. Morgan’s words are truer today than ever before.

A Store of Value

Under the gold standard, money served three vital roles: 1) a medium of exchange 2) a stable economic baseline, and 3) a store of value.

Fiat currencies no longer serve the latter two purposes. Modern governments print money out of thin air and take on exorbitant amounts of debt. Policymakers radically increase the supply of their fiat currencies on a regular basis, destroying their intrinsic value. The longer an investor holds onto his dollar bills, the poorer he gets.

In fact, since the creation of the Federal Reserve in 1912, the U.S. dollar has lost nearly 98% of its purchasing power. The gold price, on the other hand, has multiplied a hundredfold. This may seem like a lot, but really gold has just maintained its purchasing power. Today, one ounce of gold purchases approximately the same goods and services it did 100 years ago.

But it doesn’t stop there: price data from Babylonian and Roman times suggests that gold carries the same purchasing power it did thousands of years ago. During the reign of Emperor Augustus (27 B.C. to 14 A.D.), a Roman centurion earned the equivalent of about 40 ounces of gold every year. The closest modern comparison to a Roman centurion might be a U.S. Army captain, who earns an annual salary equivalent to, you guessed it, 40 ounces of gold.

This pattern can be demonstrated most clearly today with gold’s relationship with the money supply.

The “money supply” refers to the total amount of currency in an economy. Because there are many definitions of money, economists calculate the money supply in several different ways.

M2 tracks cash, checking deposits, savings deposits, and money market funds. These forms of money are all liquid, which means they can easily be converted to spendable currency.

M2 money supply in the United States has grown exponentially since the Fed started tracking the metric in 1959. As we know, this has contributed to a constant increase in the prices of goods and services. Exponential increases in the money supply inevitably cause severe devaluation in the nation’s currency. 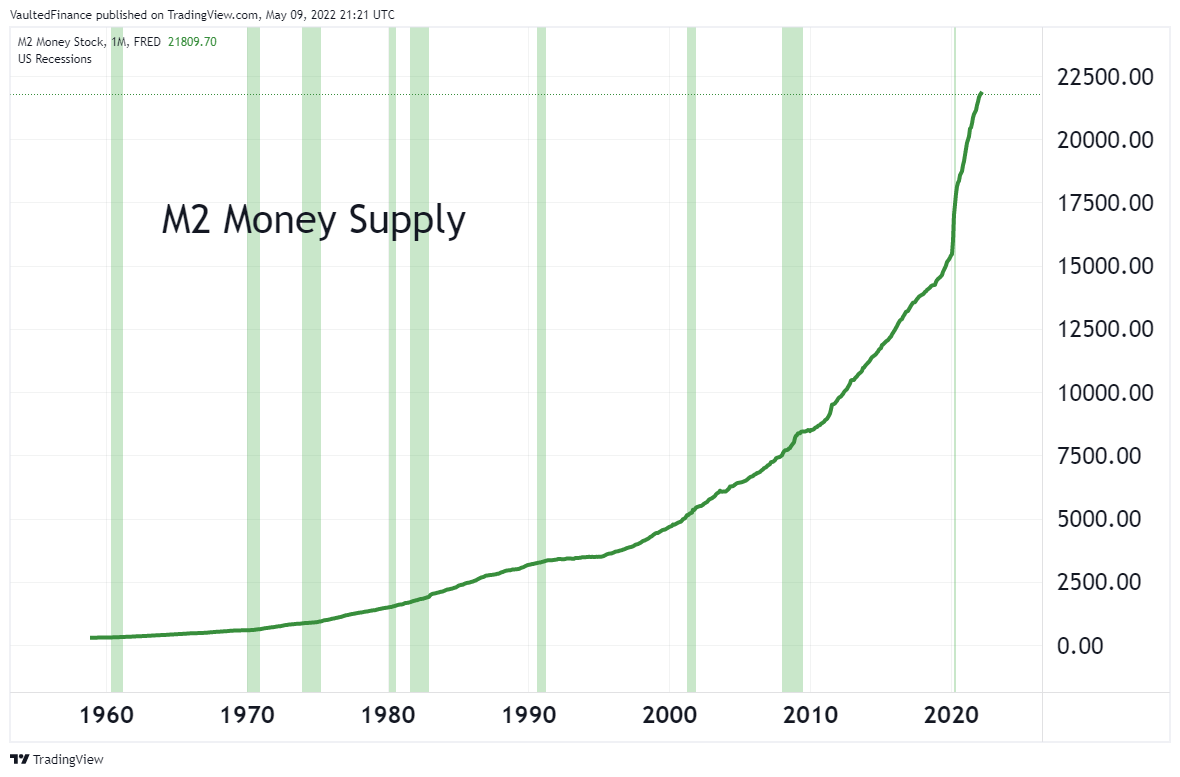 The gold price tracks money supply growth. For that reason, the last 50 years have seen exponential returns in gold. Fortunately for gold investors, these parabolic money supply increases are far from over.

The chart below shows the gold price alongside M2 money supply. When trying to understand the relationship between gold and money supply, analysts typically focus on U.S. economic data for two reasons: 1) the dollar is the global reserve currency, and 2) gold is priced in U.S. dollars on most global exchanges. 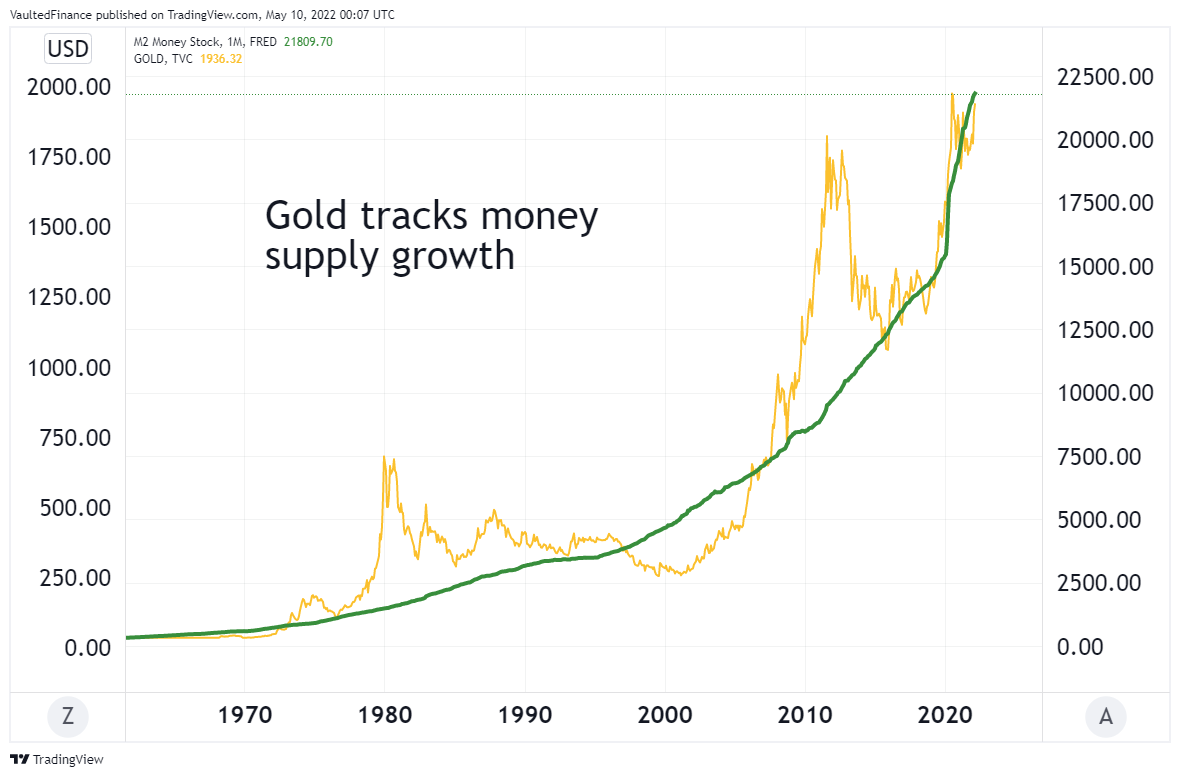 As you can see on the chart above, gold bull markets tend to correlate with large increases in the ratio (1971-1980, 2000-2011). However, the most recent bull market, which began in 2016, is different. Gold has been rising in parallel with M2 money supply, so the ratio has traded sideways since 2016.

This indicates that gold could have much further to climb during this bull market. Gold bull markets tend to vastly outperform money supply growth, which we have not yet seen. Even a reversion to the historical mean would constitute a huge increase in the price of gold.

There is no guarantee gold price will follow the inflation rate in the short run. However, over the long run, gold always finds its way back to its historical baseline. In that sense, gold serves the role of money better than any other financial asset.

Gold is one of the only assets that provides a reliable hedge against long-term inflation, currency devaluation, and the disasters of central banking.

Parabolic growth in global debt levels and money supply will continue to push investors toward the world’s oldest and most trusted currency. The massive increase in the price of gold reflects devaluation of everything else.

Which side do you want to be on?