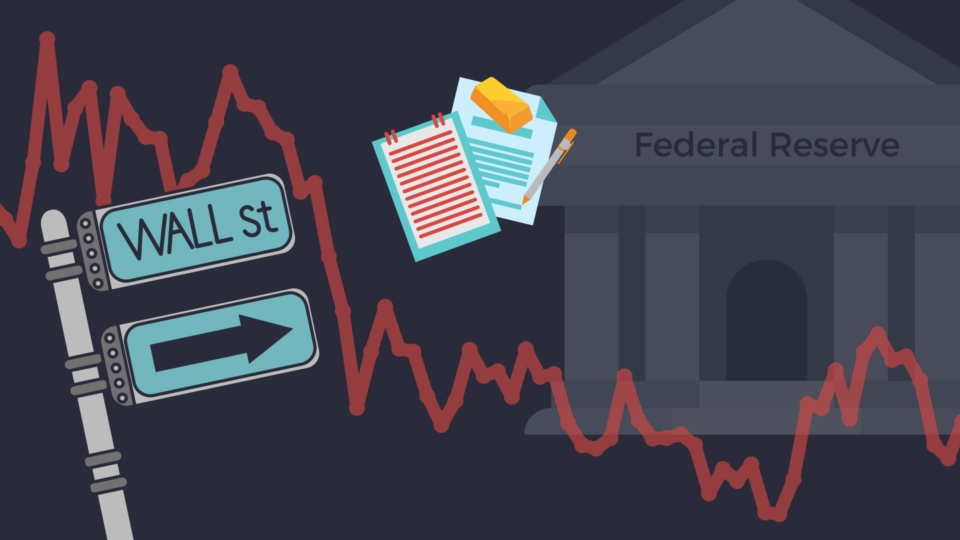 Gold bugs often debate the scope and impact of gold price manipulation. Some of these accusations are absolutely true, while others enter the realm of conspiracy.

Over the last decade, several shocking news stories have emerged about large banks manipulating the price of gold.

August 10th, 2022: Gregg Smith and Michael Nowak, two former gold traders for JPMorgan, are convicted of fraud. They used a strategy called “spoofing,” which involves placing huge orders in the futures market with the intent to cancel them. This skews supply and demand, artificially raising or lowering the price so the traders could buy low or sell high. According to the U.S. Department of Justice, JPMorgan’s scheme “spanned over eight years and involved thousands of unlawful trading sequences.”

June 21, 2021: James Vorley, a former precious metals trader for Deutsche Bank, is sentenced to one year in prison for “manipulative trading in precious metals futures.”

How Does Spoofing Work?

Let’s say a trader wants to sell 1000 gold contracts on the COMEX futures exchange. First, he loads the system with purchase orders. Other traders see the purchase orders and bid up the price, believing there is a genuine increase in demand for gold.

The trader locks in the sale of his contracts at a higher price, and immediately cancels all his purchase orders. He never wanted to purchase gold, he just wanted to create artificial demand to boost the price.

This strategy also works on the other side. Traders can put in fake orders to sell in order to suppress the price and gain a better entry point.

Big banks have other ways to make markets go their way. If a bank or a hedge fund has a large short position against a certain asset, they may publicize their position aggressively, encouraging other investors to sell and push the price down.

For example, in mid-2013, the Federal Reserve was buying $85 billion per month in government securities as part of their infamous post-GFC quantitative easing strategy. Many investors thought this aggressive money printing would destroy the U.S. dollar and send gold to the moon.

On April 10th, 2013, The Wall Street Journal published an article titled Goldman Sachs: Short Gold! At the time, Goldman Sachs was betting aggressively against gold and encouraging brokerage firms, hedge funds, and individual investors to get out of the market.

Of course, there is nothing illegal about announcing a trading position. Did Goldman send out this message to artificially suppress the price and make a bunch of money, or did they genuinely think gold was overvalued? Perhaps the truth is somewhere in between.

Even if this announcement was nefarious, it might not constitute manipulation. The gold market is too large and liquid for any single entity to control. It would be extremely difficult to gain enough market share or influence to significantly impact the price. Still, investors should be aware that banks have a huge influence on other investors’ behavior, which allows them to push asset prices in their preferred direction.

There is another, far grander accusation that gold bugs often bring up.

The argument goes like this: The Federal Reserve has a mandate to protect the U.S. dollar. Ever since Nixon removed the dollar from the gold standard in 1971, the two assets have competed for the position of global reserve currency. When gold rises significantly, it sends a message to the rest of the world that the U.S. dollar is getting weaker. Therefore, the Fed has a vested interest in keeping the gold price low.

To do this, the Fed engages in a strategy called “naked short selling.”

Naked short selling works the same way, except the trader never borrows the asset to begin with. In other words, he or she sells gold that doesn’t exist! This creates the illusion of selling pressure and artificially suppresses the price.

Some believe that the Fed, alongside major bullion banks, engages in naked short selling to suppress gold and protect a failing U.S. dollar. To do this, they create paper claims for gold in mass quantities and sell them in the market. The buyer thinks their contract is backed by physical gold, but the metal does not actually exist.

This dynamic is actually very similar to our fractional reserve banking system. Your bank balance is just a number on a computer screen, not a reflection of real, tangible assets. Banks are required to hold some reserves, but the total of all their clients’ bank accounts far exceeds the value of the bank’s actual assets.

Is there any weight to this argument? Possibly. It would be difficult for the Fed to maintain this illusion over the long run. It is true that many precious metals investors are exposed to “paper gold” rather than physical gold. If you don’t own physical, allocated metal, many other investors may have a claim on your assets.

Should We Worry About Manipulation?

Maybe. But unless you work for the Justice Department, there is little use in worrying about large-scale manipulation of the gold price. The CFTC is well aware of spoofing schemes. Most analysts agree that this type of manipulation has a negligible impact on the gold price over the long run. Interest rates, inflation, monetary policy, and risk sentiment are better predictors of gold price dynamics.

If the Fed manipulation theory is correct, gold is extremely undervalued. If investors ever choose to start taking delivery of their paper claims on gold, the Fed may lose control of the market, and the price will explode to unimaginable heights.

In that case, we would be looking at an implosion of the U.S. dollar and an economic crisis unmatched in modern history. Let’s hope we avoid that fate. Fortunately, there are plenty of reasons to own physical gold apart from the complete collapse of the dollar.