Gold Rallies! Can it Last? - Vaulted 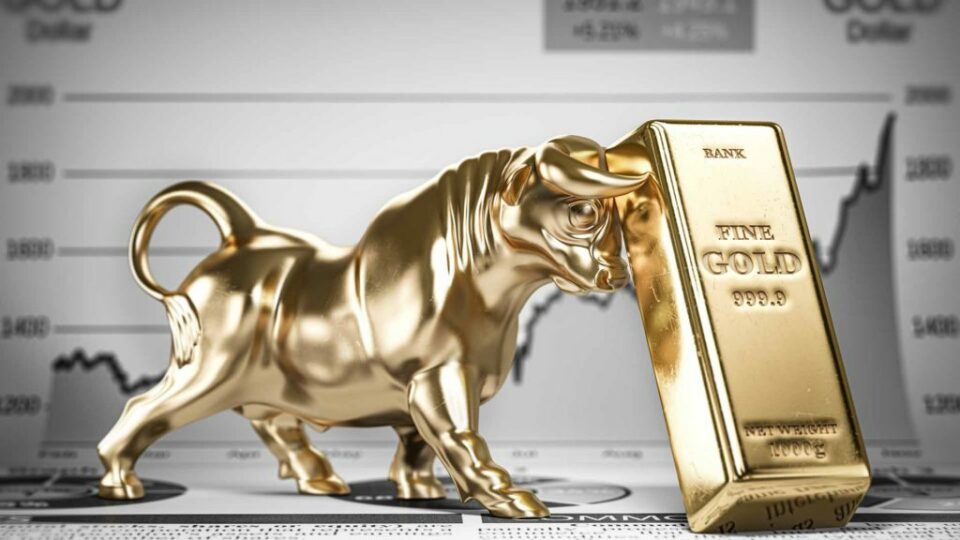 The Fed can fix monetary policy, but cannot fix deglobalization, public debt, or fiscal spending. They can’t fix the reasons we own gold.

Gold made a strong move above $1,700/oz in the wake of midterm elections. We will be watching the key $1,680 level, where gold bottomed out three separate times in 2021.

The gold market has massive potential energy stored in the futures market. Hedge funds and other managed money have spent much of this year net short gold. When these entities unwind their bets, gold tends to perform very well. Right now, the futures market looks a lot like it did in 2015 and 2018, right when gold bottomed out.

U.S. dollar strength continues to influence the price of gold. The U.S. dollar has been performing unbelievably well, up more than 20% since the end of 2020.

No one knows when exactly the U.S. dollar will turn around, but it is worth paying attention to the macroeconomic themes that threaten U.S. dollar hegemony. COVID-19 inspired a move toward deglobalization, which Russia confirmed with its invasion of Ukraine. Xi Jinping, the President of China, is also taking anti-Western sentiment in full stride.

Foreign governments, who once regarded the U.S. dollar as the only real option for reserve assets, are gradually moving away from the greenback. In fact, central banks just purchased a record 400 metric tons of gold. The world’s leading economists know that deglobalization means removing one of the forces that helped suppress global inflation for decades – another reason gold looks so attractive right now.

These trends challenge a geopolitical system which held the United States at its helm since World War II.

When the bonds yields rise, bonds become more attractive, and tend to steal market share from gold. After massive increases in August, September, and October, bond yields are finally slowing down. The Federal Reserve plans to temper their record-breaking (and economy-breaking) rate hike campaign, although will continue tightening monetary policy until inflation gets under control.

As yields rise, bond prices continue to trickle down.

Unsurprisingly, stocks are hanging around 2022 lows, struggling to catch a break from the Federal Reserve.

Powell Sticks to His Guns

Jerome Powell is beginning to sound more and more like the legendary Fed Chairman who served from 1979 to 1987: Paul Volcker. Volcker is known for finally crushing the stagflation of the 1970’s with massive interest rate hikes. He triggered two recessions, but ultimately saved the U.S. economy from further evisceration of U.S. dollar purchasing power.

There are many similarities between the 70’s and today. Perhaps Powell really can emulate Volcker’s success, although he is dealing with several thorns in his side.

He can’t fix the reasons we own gold.