Gold Heads for its Next Big Test - Vaulted 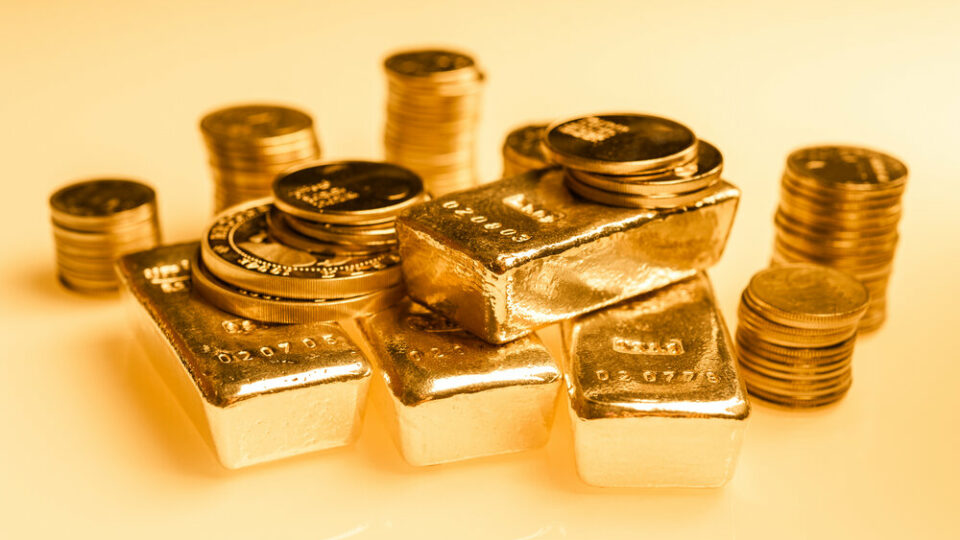 Retail sales are up, consumer sentiment is plummeting, and gold is thriving on the uncertainty of a wonky, cash-rich environment.

Gold approaches its next test

Gold is staying strong, consolidating around $1,860/oz after last week’s surge. The yellow metal even made it on the front page of the Wall Street Journal in an article titled “Inflation Anxiety Drives Gold Near Highest Level in Months.”

The $1,918 resistance level actually dates back to gold’s previous all-time high in 2011. We still have some climbing to do, but overcoming this level would likely invite a windfall new investor money.

Inflation entered the mainstream dialogue over the last couple weeks, as consumer prices notched their fastest increase in over three decades. Many economists expected skyrocketing prices to take a hit on retail sales, but so far consumers seem to be accepting higher prices without much grumbling (ok, maybe a little grumbling).

Retail sales rose 1.7% in October from the previous month, beating expectations. Corporations will continue to crank up prices as long as consumers pay them. In fact, corporate profit margins have been improving in recent months despite skyrocketing costs of labor, raw materials, and other inputs.

Households have accrued over $2 trillion in excess savings since the start of the pandemic, and they are using it. The question is, will the money run out? When and if it does, the economy could be stuck in an upward spiral of inflation without consumer demand to back it up. This would create a stagflationary episode similar to what the United States experienced in the 1970’s.

The boost in retail sales comes alongside some very interesting patterns in the labor market, now dubbed the “Great Resignation.” According to the Bureau of Labor Statistics, a record 4.4 million Americans quit their jobs in September.

Many are pursuing higher compensation and better work conditions; others are living on government sponsored unemployment benefits; some are even living on their newfound cryptocurrency wealth.

However, all is not rosy in the realm of consumer confidence. The Consumer Sentiment Index (a key benchmark generated by the University of Michigan) fell to 66.8, the lowest level in more than a decade. Economists forecasted a reading of 72.4.

Declines in consumer sentiment often correlate with rallies in the price of gold, because gold serves as a hedge against market uncertainty. The recent drop highlights the fact that Americans are very concerned about the stagflation risk, perhaps more than their buying habits indicate. 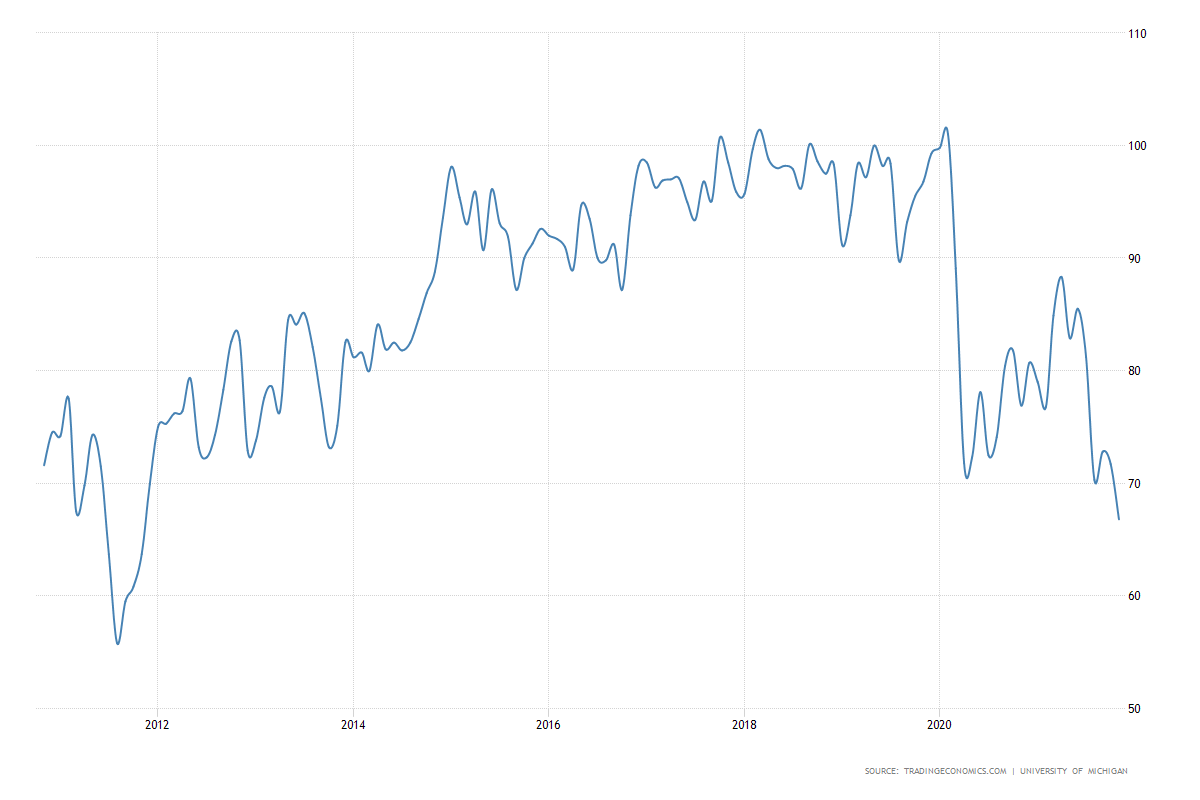